The Future of GPS is in your Phone

While GPS devices are being incredibly common these days, if you have a smartphone with you, then there’s no real need to use another device that does the exact same thing. In fact, there are a number of reasons why using your smartphone is actually much better than having a GPS device. You can even use a voucher for healthspan to save money on it.

Speaking of which, here’s our picks for the best GPS iPhone apps:

MotionX is ia multipurpose GPS app that gives you turn by turn navigation, as well as backpacking trails and more. Thanks to a recent update it has a big, beautiful display, lots of social media integration, compass, as well as lots of storage for saving waypoints and more. MotionX uses Google Maps in their app. 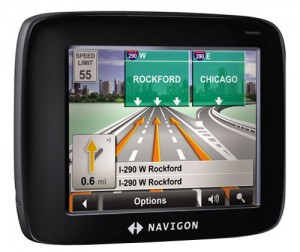 Navigon used to be a GPS Hardware company, but then pulled out to focus on their GPS app instead (apparently they could see the future coming!). The app has beautiful, detailed 3-d maps and an intuitive voice command. It stores map data locally for smoother operation as well. It’s expensive, but is hands down better than any budget-GPS device out there.

There’s a reason Google bought out Waze. Despite already having an expansive map system of their own, Waze brought with them a large and enthusiastic community that loves to share real time data like traffic, accidents and roadblocks. That was google maps’ biggest drawback. It’s a fun, care free app that’s as detailed as Google but will give you all that useful information I just mentioned. And the best part? Free.

Free in the iTunes Store.

There you have it. Anything I missed……let’s see here.

Google Maps. It’s the original, and the best. The turn-by-turn navigation has been added to iOS (it used to only be on Android devices). It’s free, and it works.